As the coldest days of the crypto winter set in, investors’ speculative interest in the crypto market has fallen to pre-2021 levels, impairing the chance of a substantial directional price move. However, there’s a possibility of a bear market rally akin to the July through August 2022 uptrend.

The market enters a state of limbo

The FTX implosion impacted over 5 million users globally and adversely affected numerous crypto companies that were exposed to it. The industry is currently in a recovery mode and Cumberland, a U.S.-based crypto market broker, recently echoed this narrative in a tweet. The firm noted that “dozens of crypto companies are either severely curtailed or out of business, and the industry’s future is as cloudy as ever.”

Data suggests that building a sustainable bullish move will be challenging because the market is pushed back to a low liquidity and volatility regime.

The open interest volume of Bitcoin and Ethereum futures has dropped significantly toward mid-2022 levels, which was after the collapse of Luna-UST. The BTC and ETH leverage ratio indicator, which measures the ratio between open interest volume, is currently down to 2.5% and 3.1%.

Bitcoin’s spot trading volumes on crypto exchanges have also dipped significantly toward 2020 lows. Data from Blockchain.com shows that the 7-day moving average of exchange trading volume has dropped to $67 million, compared to $1.4 billion near the peak of the 2021 bull market. 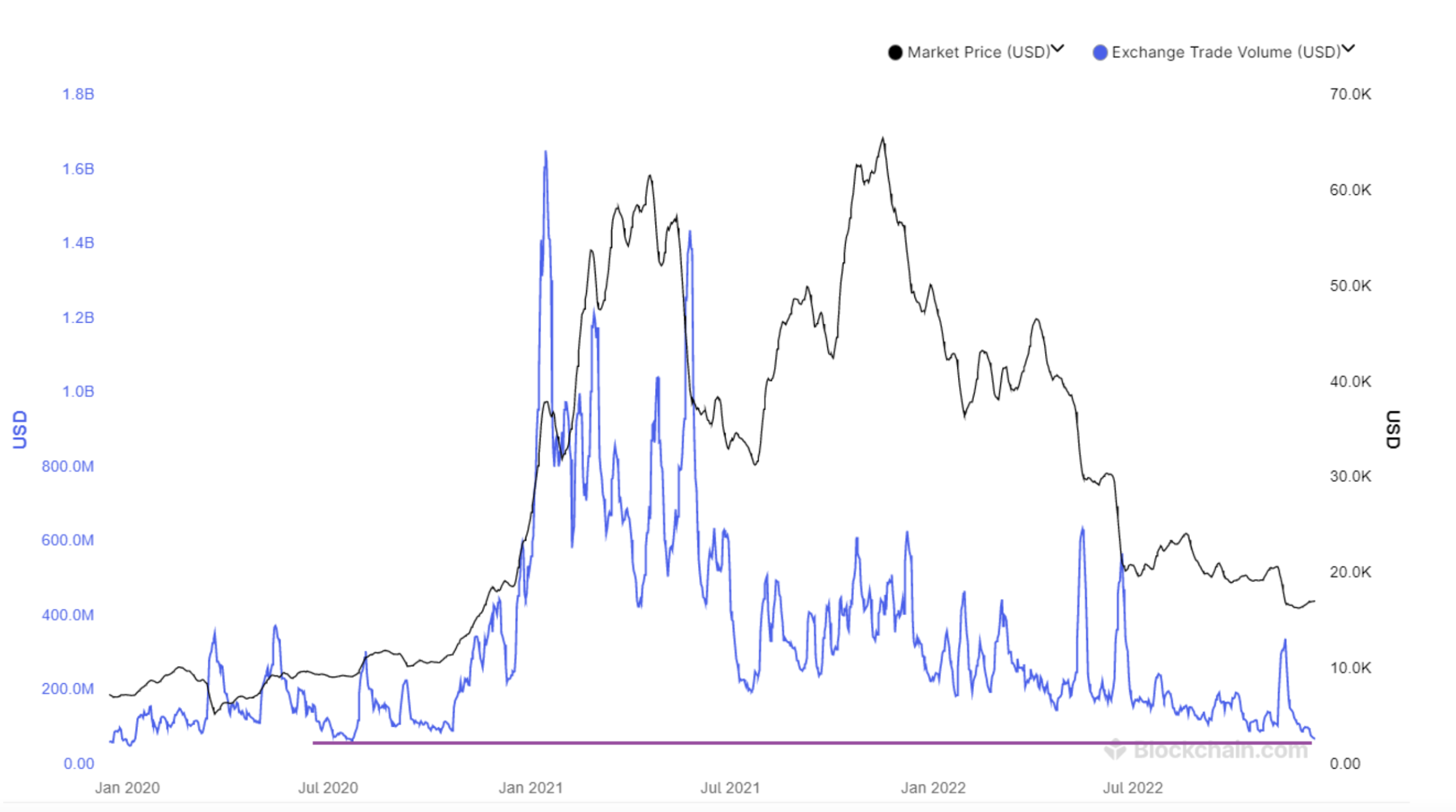 Due to low liquidity and a cloud of uncertainty over the market, there’s a strong possibility that the bear market is far from over. The realized volatility of Bitcoin has also dropped toward two-year lows of 22% (1-week), and 28% (2-weeks).

Is a Bitcoin price pump and dump in play?

November’s FTX-induced shakeout was similar to the LUNA-UST implosion seen in June and these events usually cause panic selling and make an asset attractive to bargain hunters looking to buy into a capitulation.

Consequently, a short-term bull rally takes effect that may last a few days or weeks, which is precisely what happened in July through August when Bitcoin’s price surged toward $25,000. Based on the shakeout levels from November and signs of institutional buying, Bitcoin might be undergoing a similar bear market rally.

Bitcoin price rallies to $19K, but analyst says a…

The realized profit and loss metric of long-term holders dropped toward all-time lows, indicating possible oversold conditions. The long-term holder realized losses had reached comparable levels only during the 2015 and 2018 bottom.

Additionally, the futures market is currently in backwardation, meaning there are more open short positions than long. Throughout Bitcoin’s history, similar conditions have lasted for short periods only and ended up in a short-term pump to squeeze the short orders.

The accumulation trend among institutions and whales, which had been negative for most of this year, turned positive in mid-November. An Increase in holdings of these investor cohorts provided a tailwind for the bear market rally in the third quarter of this year.

CoinShares reported that Institutional Bitcoin investment vehicles saw inflows totaling $108 million after the FTX implosion, with $17 million added last week. Notably, the present inflows are significantly lower than weeks 25 and 35 this year, which caused the uptrend toward $25,000. 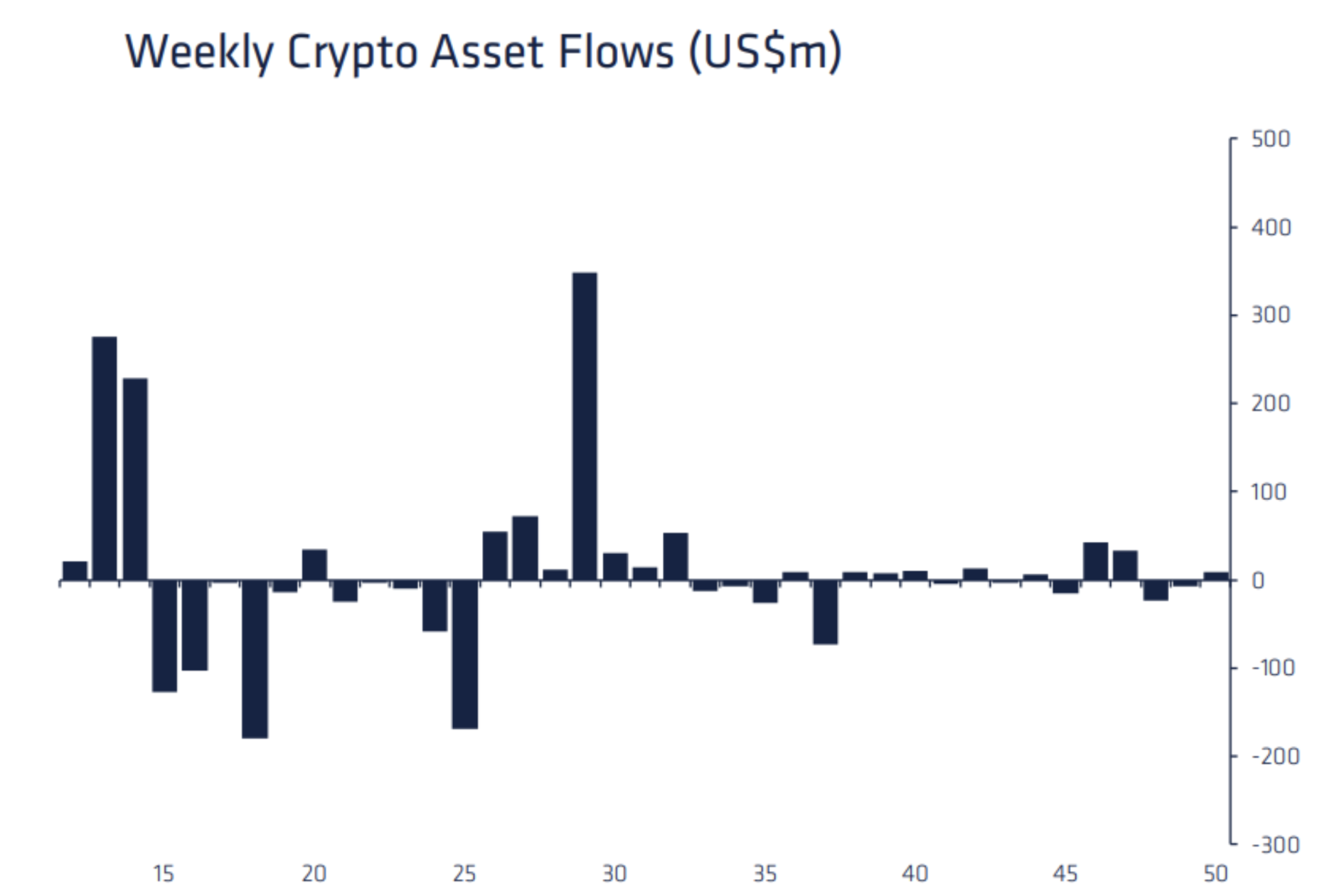 On-chain data from Glassnode also shows positive accumulation among Bitcoin whales, identified as addresses holding greater than or equal to 100 BTC (worth around $1.7 million at current prices).

While the holdings of these whales has increased from its yearly lows in a similar fashion seen in July to August, BTC price has yet to reflect this positive addition. 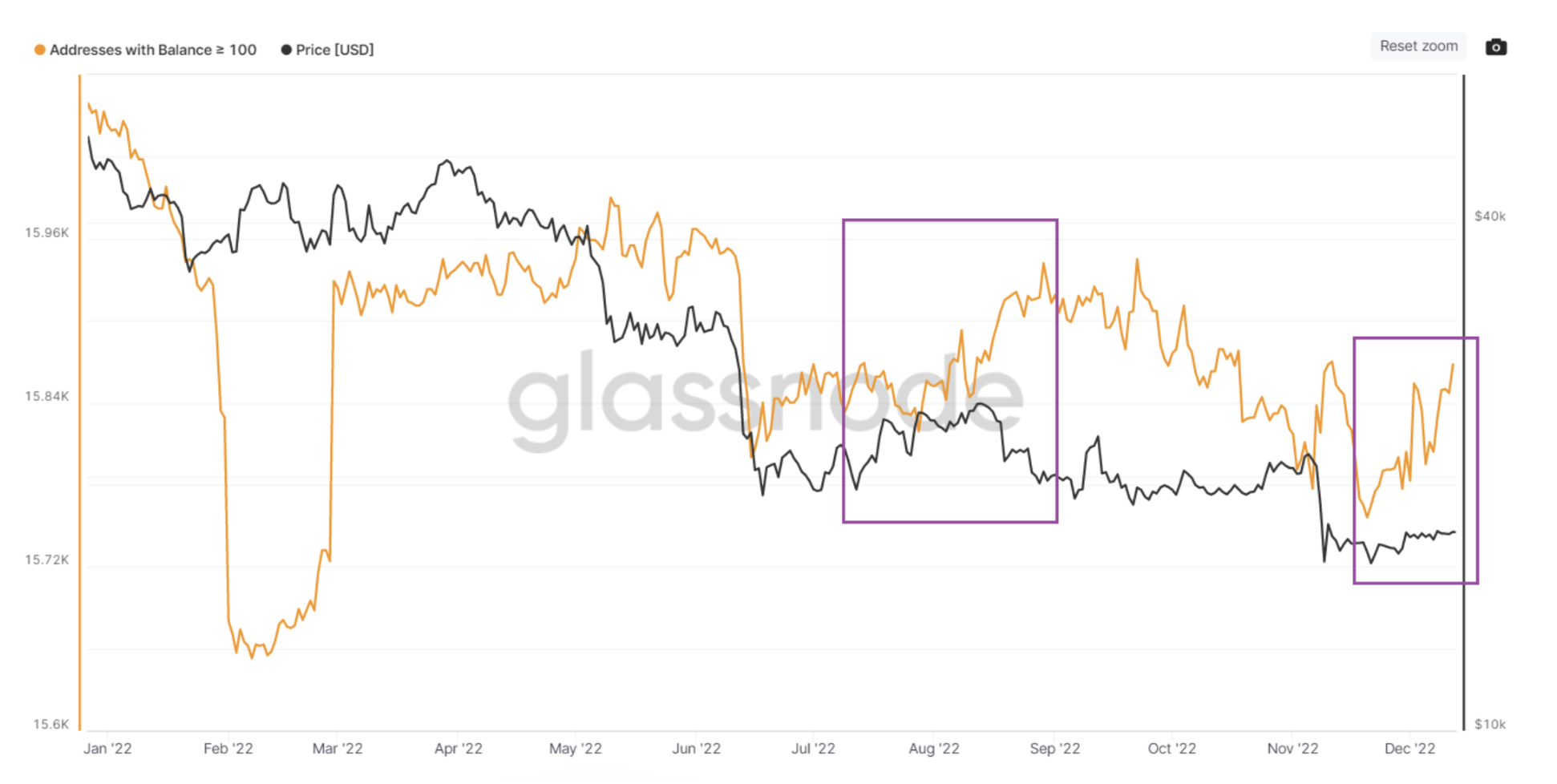 Holdings of BTC addresses with greater or equal to 100 BTC. Source: Glassnode

Technically, the support and resistance levels of the previous trading range between $18,700 and $22,000 could form the local top levels of the current rally. Conversely, if BTC builds support above $22,000, the bear market rally could become more meaningful with a continued uptrend.

However, the chances of a bullish rally above $22,000 are feeble due to low liquidity and the cloud of uncertainty that will motivate selling as prices rise. Still, discounting a short-term bear market rally can punish late sellers.

The views, thoughts and opinions expressed here are the authors’ alone and do not necessarily reflect or represent the views and opinions of Cointelegraph.

This article does not contain investment advice or recommendations. Every investment and trading move involves risk, and readers should conduct their own research when making a decision.

Why TRX Could Outperform BTC and ETH

The White House is continuing to develop its…